“It’s an honor to recognize these four outstanding colleagues who have demonstrated hard work and dedication to advancing learning and student success while maintaining robust scholarly records,” said Mark Searle, executive vice president and university provost. More than ever, it’s essential to have committed educators participating in engaging work and encouraging our learners to become the types of leaders who can change the world.”

The President’s Professor designation is one of ASU’s most prestigious faculty honors — it's designed to reward enthusiasm and innovation in teaching, scholarly achievements and contributions and the ability to motivate and inspire students to create original works.

“ASU is a 21st-century knowledge enterprise that attracts individuals with extensive experience, highly creative minds, and the dedication as educators to advance student success,” ASU President Michael M. Crow said. “This year’s President’s Professors exemplify the highest standard of those characteristics and set the bar as the best and brightest for our university’s outstanding faculty.”

This year’s President’s Professors will be honored at a recognition ceremony at a later date.

Learn more about the professors: 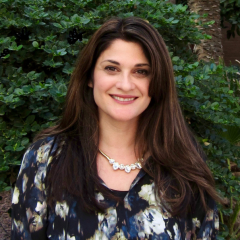 Each semester, Bimonte-Nelson encourages her students to think outside the “textbook box.” Many of their ideas are cultivated inside ASU’s Behavioral Neuroscience of Memory and Aging Lab where Bimonte-Nelson leads research related to the cognitive and hormonal effects of transitional and surgical menopause. In one of her most recent studies, Bimonte-Nelson and her colleagues found rats suffered memory deficits when their uterus was removed, suggesting that the organ may be beneficial outside of reproduction, and could impact the way women age if the organ is removed before natural menopause.

Bimonte-Nelson, who has collaborated with more than 80 undergraduates, says it’s a privilege to mentor students to be scientists in the laboratory.

“What a delight to watch a student recognize that the experiment they just designed is going to turn into scientific discovery,” Bimonte-Nelson said. “My students have won Fulbright Awards, best honors thesis awards, best PhD dissertation awards, NSF grants, and NRSA grants with them as the lead investigator and me as the sponsor or mentor. I am so proud of them!”

Bimonte-Nelson is dedicated to diverse teaching projects at a community, university and national level. As the founder of ASU’s award-winning Brain Fairs for Children, Bimonte-Nelson and her team of doctoral and undergraduate students organize the events to increase public awareness about the brain and to introduce children to neuroscience and the field of psychology.

Bimonte-Nelson has published about 90 peer-reviewed manuscripts evaluating hormone effects on the brain and behavior from early development until old age. She is the co-director of the Research Education Component of the Arizona Alzheimer’s Disease Core Center and associate director of an NIH T32 Postdoctoral Training Grant for the neurobiology of aging and Alzheimer’s disease. She is also a member of the Arizona Alzheimer’s Consortium and a recipient of the 2018 Michael A. Cusanovich Bioscience Educator of the Year Award.

“I am overwhelmed and grateful for this award,” said Bimonte-Nelson of the President’s Professor designation. “It is an honor to work with the inspiring faculty and students as ASU.” 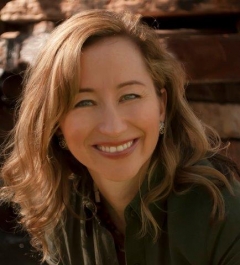 McConnell is a sociologist whose research focuses on transborder communities and the effects of Mexican and Latin American migration to the U.S. Her most recent paper — in conjunction with ASU Professor Aggie Yellow Horse from the School of Social Transformation — explores how undocumented immigrant parents from Mexico and Central America utilize family functioning strategies to overcome and adapt to challenging situations driven by lack of legal status.

In the classroom, and beyond, McConnell is actively involved in supporting diverse undergraduate students at ASU, especially first-generation college students from Mexican and other Latin American backgrounds. She often connects current students to former students who are further along in their career trajectory.

“These efforts tend to be successful, but only because past and present ASU undergraduate students are exceedingly generous with their time, talents and experience,” McConnell said. “Although much of this work is invisible, it stimulates excellence, expands access, and directly upholds the values of ASU’s charter.”

As for the title of President’s Professor, McConnell adds, “ASU has many wonderfully talented professors, and I am honored to have been selected for this recognition.” Lietz is fascinated by the complexity of family dynamics, especially when family members are confronted with challenges such as trauma or loss. How is it that some families can overcome adversity? It’s a question Lietz has researched for years, translating the results into social work practice through instrumental tools like strengths-based supervision — a model Lietz developed — to implement family-centered practice in child welfare settings. The model has been adopted by public child welfare systems in Arizona, Texas and Idaho.

At ASU, Lietz supports students through mentoring opportunities in the Watts College Undergraduate Research Program. She has also taught a pro-mod, hands-on learning course for freshmen and oversees the Bridging Success program, which supports ASU students with a foster care background.

Honored and humbled by the President’s Professors title, Lietz said, “This recognition is very meaningful and is something I did not accomplish alone. My colleagues and students made this possible.” 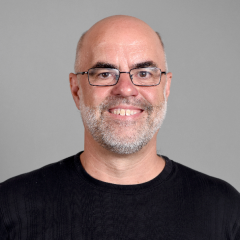 Moulton is a cultural historian and literary scholar whose research focuses on the representation of gender and sexuality in early modern literature. In his most recent book, "Love in Print in the Sixteenth Century: The Popularization of Romance,” Moulton analyzes the role books played in circulating new notions about romance in early modern Europe, leading to significant transformations in rhetoric, ideology and social function of love.

Moulton has been at ASU since 1995 and said he is honored to receive the President’s Professor title. He believes the award is a testament to the great work of all the humanities faculty at ASU’s Polytechnic campus. Over the course of more than two decades, Moulton’s work in teaching and curriculum development has helped build programs at new campuses: West (1995–2005) and Polytechnic (2005–present).

“The ASU model of one university in many places is a powerful one and much more effective than the traditional model of one 'main campus' and lesser 'satellite campuses,'” Moulton said. “Some of the best work at ASU is done at Poly and West and Downtown (Phoenix) and I’m very proud to be part of that effort.”

Moulton is fluent in multiple languages, including French and Italian. He is a member of the Arizona Center for Medieval and Renaissance Studies, chairing the editorial board for the book series "Late Medieval and Early Modern Studies.” He is currently working on contributions to the “Cambridge World History of Sexualities and the Bloomsbury “Cultural History of Beauty.”