An ASU Online first-year writing program is transforming English composition students from around the country into activists and helping them drive change in their respective communities.

Some of the results?

A controversial school mascot’s name has been changed after 80 years. Stories of racism have been highlighted in a new zine, and a famed World War II fighting squadron is getting more attention at a national museum.

This accidental activism has become an outgrowth of Writers’ Studio, which is directed by Michelle Stuckey along with Ebru Erdem and Zach Waggoner.

“I am absolutely thrilled when I see students making a difference in their communities,” said Duane Roen, dean of the College of Integrative Sciences and Arts. Roen, along with colleagues Sherry Rankins-Robertson, Tiffany Bourelle and Andrew Bourelle, helped design the course in 2011. “Feeling agency through writing or speaking up should occur early in life, and this spurs students to want to become engaged in social activism. These courses give them a platform for acting on their passions.”

ASU’s Writers’ Studio is a modality for completing first-year composition online, in which students can choose courses offered in 7 ½ or 15-week intervals.

“But with lots of peer interaction and writing-mentor feedback built into the structure, it’s also a writing community that helps students develop writing practices to be better communicators in all areas of their life: the personal, the professional, the civic and, of course, the academic,” explains Writing Program Administrator Michelle Stuckey, who has led the Writers’ Studio team for the last five years. “Instructors work with students to draw on their experiences and passions in all these arenas to cultivate their own theory and practice as writers.”

When the program launched almost a decade ago, several hundred students enrolled. Now, about 6,000 students participate in Writers’ Studio each year.

“Along the way, students begin to see how they can use writing in the real world to support real work in their communities,” Roen said.

Here’s how three Writers’ Studio students have recently been putting their practice into action:

What's in a name? 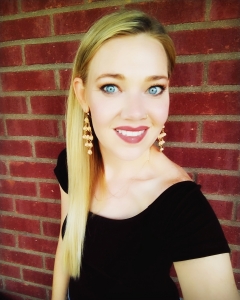 At 33 years old, ASU student Candace Turer is just now discovering the power of the pen.

The Anderson, Ohio, native recently helped convince that township’s school board to change the name of a local high school mascot. It’s the same exact one as the National Football League’s Washington football team.

Turer felt the name was not only racially insensitive but downright racist. She said it has evoked controversy in her township, which is located about 15 minutes from downtown Cincinnati. It was last debated in 2018 but nothing was done.

“Many excuses were given why the name couldn’t be changed: It was tradition or it would cost too much money to rebrand or change the mascot’s name,” Turer said. “I wanted to educate myself and the community on this issue.”

Turer took ENG 105: Advanced First-Year Composition as a Writers’ Studio class in spring 2019. Her paper “Revisiting the Redsk*ns” defined the word, researched its origin, and sought out Native American organizations to ask how they felt about the word. It was unanimous: They said the term was discriminatory and oppressive.

After completing the paper, Turer created a website and posted it online. It jolted the community of 45,000 people, who were narrowly split on the issue. Turer said her paper came at an incredible cost. She received plenty of “backlash and harassment” and moved from her hometown to a place about 45 minutes away.

“Many of us who spoke out early on to change the mascot were doxxed and threatened,” Turer said. “It was a mess and turned into a right vs. left political issue.”

It became a nonissue earlier this month. The Forest Hills Schools District not only read Turer’s paper (which she sent to each school board member the day before the meeting), but hundreds of letters from concerned Native Americans and locals in the community. On July 2, the board passed a motion to retire the mascot. The action received mentions in Sports Illustrated and The New York Times.

“I’m proud of our community because we’re now on the right side of history,” Turer said.

Turer’s story is indicative of the transformational power of gaining confidence as a writer, said Christina Giarrusso, a Writers’ Studio faculty associate.

“Many of our students don’t anticipate becoming activists because this is, after all, an English class,” Giarrusso said. “It’s really dependent on the students, where they choose to go after the course ends. The intention they put in is what the spotlight is all about.” 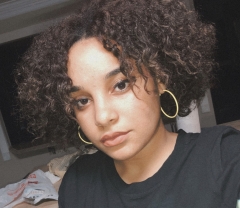 The lack of spotlight on a revered group of African American military fighter pilots is what sparked Taylor Babineaux into action.

It all started when the Lafayette, Louisiana, resident visited nearby New Orleans and toured the National World War II Museum in September 2019. She said as she strolled through the expansive collection of artifacts, she noticed there was something off when she came to a P-51 plane.

“The plane lacked a card or plaque discussing its relevance to the Tuskeegee Airmen. I was also disappointed they did not have a clearly defined exhibit for the Tuskegee Airmen. I felt they weren't as prominent as they should be,” said Babineaux, who is Black. “I noticed the overwhelming amount of visitors were Caucasian and not a lot of minorities. I wanted to see something more inclusive that mirrors society.”

Taking a cue from the Writers’ Studio playbook, Babineaux identified the problem and went to work. She started an online petition to raise awareness and then wrote the museum a letter about her visit. Babineaux found them receptive to her ideas. That was affirmed by Stephanie Verdin, senior director of planning and communications at the museum.

“Taylor Babineaux met with me and the museum’s vice president of education and access Pete Crean on July 11 to discuss how the museum currently tells the Tuskegee Airmen story and her ideas on what we can do to draw more attention to this important history,” Verdin said. She added that in addition to the restored P-51D Mustang painted in the likeness of a “Red Tail” fighter flown during the war, the museum has oral histories, curriculum guides and public programs featuring the Tuskegee Airmen.

Verdin said most recently the museum has not only published several online profiles of the Tuskegee Airmen but on women, LGBTQ individuals, and other minorities.

“Our staff is also exploring different ways that we can enhance how we tell the Tuskegee Airmen history and draw more attention to diverse stories on the site at the museum,” Verdin said. “We look forward to keeping Taylor posted on our progress.”

The museum, incidentally, has a partnership with ASU Online to offer the nation’s first online master’s degree in World War II studies.

“It’s exciting to see her do this and get traction,” Tingle said. “She’s inspired and is learning not only about herself in the process but real community issues. It’s wonderful to see.” 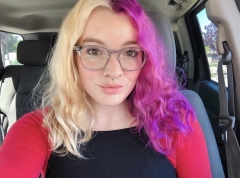 The Black Lives Matter movement has forever changed the way we look at and deal with racism. It has also greatly inspired Kennedy Hines, who attends ASU through the Starbucks College Achievement Plan.

The 21-year-old sustainability major lives in Boise, Idaho, where BLM hasn’t gained much traction or attention.

“Boise’s a bubble and the common belief here is that things like police brutality and racism ‘doesn’t happen here’ or that the police force is somehow different,” said Hines, who credits her Writers’ Studio experience for giving her the confidence to start an important project to document police brutality against people of color in Idaho.

She, along with another friend, Arlie Bledsoe, met with people from all races over a period of a few months to document their experiences with the Boise Police Department. The final result was “It Does Happen Here,” curated stories from victims of police brutality. The 24-page zine amplifies the community stories and has been distributed to the BLM Boise chapter and other activist groups in the Boise area.

“We’ve gone to protests and have handed them out because we noticed there’s a lack of evidence in our community,” Hines said. “We put it out ourselves to let people know this is not OK.”

Hines said the Writers’ Studio has taught her not only how to look for problems in her community but how to be a part of finding resolutions.

“The class not only showed me how to implement those tools but solve problems, look for solutions and pass on the knowledge.”

“Students realize that once they take action, this is no longer an assignment for a class any longer,” said Stuckey, a clinical assistant professor in the College of Integrative Sciences and Arts. “They can see how they can have an impact on their communities through writing and research.”

Top photo: Writing Program Administrator Michelle Stuckey has led the Writers’ Studio team for the last five years. About 6,000 students participate in Writers’ Studio each year, many of whom are becoming accidental activists. Photo by Deanna Dent/ASU Now.